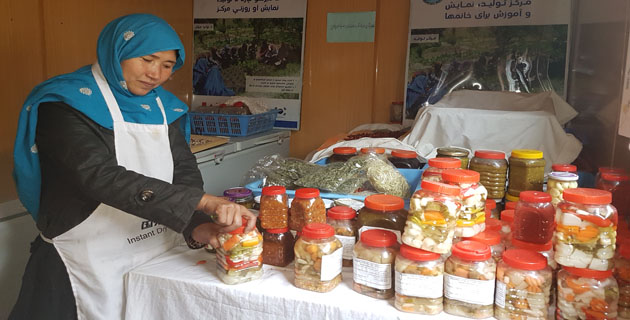 The UK’s Investment In Arazi, Through Harakat, Continues To Scale Up Creating More Jobs For The Poor Despite Our Support Ended 5 Years Ago

Arazi was established in 2009 with initial funds provided by the United Kingdom (UK) through Harakat administered Afghanistan Investment Climate Facility (AICF) Programme (2009 – 2016) to ensure that Afghanistan’s land is are used in support of the country’s economic growth, jobs creation, poverty reduction and make it easier for business to lease and invest in government owned land. Access to land is often the second or the third biggest obstacle for businesses in Afghanistan after security and corruption. By supporting Arazi, Harakat wanted to remedy the lack of standardised, efficient and transparent processes and lease procedures in Afghanistan to improve businesses’ access to government owned land for commercial purposes. Harakat delivered the reform in Arazi in two phases, starting in August 2010 and end ending in November 2012 with a total cost of $3,378,486. An independent Post Implementation Review (PIR), conducted in December 2015, found that Arazi has had a positive impact on the business climate, generating significant revenues and jobs, particularly: • Approximately $430M in private investment was leveraged by Arazi; • More than $3M in aggregate lease revenue to Government of Afghanistan; • Nearly 20,000 jobs were created as a result of private sector investment on leased government land; • $17M USD in private sector savings from recommended changes was also attained in large part due to a reduction in the number of steps needed to lease land, from 52 to 11. • 3,000 lease contracts have been awarded to the private sector Like several others, this has been very effective investment of UK’s taxpayer’s money with sustainable results. Despite, the project was completed in 2012, Arazi has continued as a functional and self-reliant governmental institution. Now, Arazi is one of the important government entities, providing services to the public. Most importantly, it has brought salient improvements in the Afghanistan’s private sector. According to the Ministry of Urban Development and Land (MUDL), 7,009 lease contracts have been awarded by Arazi to private sector as of end of January 2020, including to Small and Medium-sized Enterprises (SMEs) in 34 provinces of Afghanistan. Since the reforms were made through Harakat, Arazi has created more than 27,794 jobs, leased out 163,803 Jeribs of land to the private sector, and collected more than $11M revenue from the land lease. Magol Jafari is a beneficiary of the project. In 2015, she leased one Jerib of land for an annual fee of 3,150 AFs. She found Arazi training to help build her business and grow professionally, and Arzai provided her with seeds, water and fertilizer. After leasing land from Arazi, Magol’s life dramatically changed. She is now the breadwinner for her family and her four children are able to attend school because of their mother’s business. Magol says: “I will not let my children collect garbage and sell plastic. I will work hard to help them grow and continue their education while I am working to expand my business.”