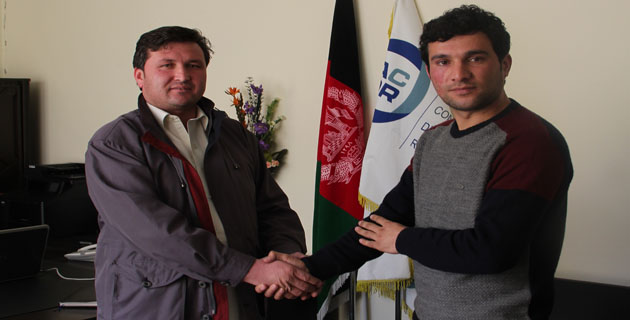 Dispute are usual between two parties doing business. However, resolving a dispute through commercial court litigation is not always a choice of the parties due to time it takes and costs to resolve and enforce. The Afghan business community and foreign firms partnering with Afghan firms to do business in Afghanistan did not have alternative to resolve their disputes outside of the court. A specialised entity in Alternative Dispute Resolution (ADR) inside Afghanistan didn’t exist. Therefore, usually they would refer to ADR Centers abroad spending significant amount of money in dispute resolution or simply referring to local courts despite cumbersome procedures. To help the Afghan business community and to establish effective ADR model, Harakat, in partnership with the US Department of Commerce’s Commercial Law Development Program (CLDP), took this initiative and established the Afghanistan Center for Commercial Dispute Resolution (ACDR), the first ADR Center in Afghanistan. The project started in 2010 and ended in 2014 with total investment of US$2,390,703. This mediation support project allowed the ACDR to adopt a charter under which an international advisory board was appointed and an independent monitoring committee was established. Through this project, 20 Afghan lawyers received 40 hours of training in mediation skills and international best practices. These lawyers now serve as mediators for the ACDR. Considering how to resolve disputes through mediation is deeply rooted in Afghan culture, ACDR started its operation and offering domestic and international mediation services in 2015. Rapidly recognised by the domestic courts, ACDR started receiving mediation cases from courts as well. As the ACDR began to grow and overtime offered more rapid services in resolution of commercial disputes. Given the interest of the business community in ADR, it started offering expert reviews, audits and arbitration services with technical and financial support of CLDP. For the purposes of a sustainable ADR center, ACDR and CLDP conducted several international trainings for ACDR arbitrators and mediators, provided technical assistance in drafting ACDR arbitration rules, and facilitated certification of ACDR arbitrators with Chartered Institute of Arbitrators while Harakat’s operations were reduced for a while. Parties to a contract/dispute prefer fast and cost-efficient dispute resolution. According to Doing Business 2020 report of the World Bank Group, contract enforcement of a commercial claim valued at $4,679 a takes 1,642 days to resolve through the court system, whereas ACDR resolved its last two cases through arbitration, valued at $28,920 USD and $35,506 USD, within less than 120 days for each case after formation of the arbitral tribunals. This can demonstrate the professional case management system of ACDR and its overall management of dispute resolution. Since the ACDR’s launch in 2015, it has resolved more than 200 cases. Najibullah Khan is an entrepreneur who buys and sells commodities, especially sugar. In 2015, he entered into a two-year contract for supply of sugar, but four months into the contract, the market price for sugar increased, and his supplier stopped selling sugar to him. Najibullah asked him to restore the price to the amount agreed upon in their contract, but his request was denied. Luckily, a friend had seen billboards and TV commercials advertising about the newly formed, Harakat-funded ACDR. So, Najibullah got in contact. “I did not want to go through the formal court system,” he said. “I do not believe the courts are transparent”. ACDR is friendly and trustworthy.” Najibullah and his supplier attended three mediation sessions together, and while they did not reach a resolution, Najibullah had high praise for the process. “I would come to ACDR again for their services. They treated me well and they were honest and open with me.